Seismic Microzonation – The assessment of Local Seismic Hazard through the identification of zones with seismically homogeneous behavior. In practice, Seismic Microzonation identifies and characterizes stable zones, stable zones prone to local amplification of seismic motion and zones prone to instability. Seismic amplification is the first cause of earthquake damage, even more important than the size of the earthquake itself. A notable example of this in recent years has been in the Central Mexico on September 19, 1985, M=8. It didn’t induce significant damage in the epicentral area, but caused the collapse of 400 buildings and the huge damage of many more in Mexico City, 240 km from the epicenter. Pic.1

Pic.1 Damage buildings in Mexico City which is built on a sedimentary basin with a resonance frequency of about 1 Hz.

Seismic Microzonation studies may be carried out at three levels:

The microzones indicated on the map are classified according to 3 categories:

The most important geophysical tests to define the velocity of propagation of seismic waves inside soils and help reconstruct the geometry of deep bodies are as follows.

• Seismic refraction tests use a set of geophones to record the time of arrival of the first seismic wave generated by an energy source. The placement of the geophones and sources at the surface allows for the obtainment of linear seismic profiles. Pic.2 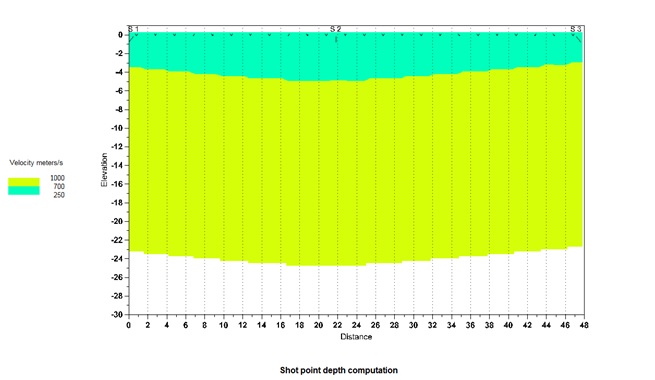 Pic.3 Vs – Seismic velocity profile, for assessment of subsoil category of Eurocode 8.