Sector of Earth Physics and Geomagnetism

By 2017,  scientific work and completed

Personal composition of the scientific unit:

A. The original method of harmonic analysis of the waves with a fixed period given from the time series describing the complex process has been developed. The presented method uses finite differences and ordinal mediation operations during the trial period. It has high selective defocusing properties and ensures that the drift is removed, as well as the specific parameters of the search harmonics are determined with very high accuracy.

During this period, a study of continuous observational materials obtained in Tbilisi in 1984-1986 with a quartz vertical extensometer was conducted. Using modern methods of harmonic analysis, the amplitudes of the nine main circulating waves are determined. These data calculate the numerical values ​​of the vertical circulation factor, the Poisson ratio of the surrounding rocks, and the fourth number of Love wave.

In the building of the B. Geophysics Institute, a continuous point of measurement observations was created using the Applied Geomechanics AGI-700 inclination device, which is equipped with a modern digital data collector (data logger) and continues to monitor the slopes of the Earth’s surface.

A. In 2014-2015, magnetic measurements were performed simultaneously with two digital, proton magnetometers to study the delicate structure of local intense geomagnetic anomalies in the territory of Guria lowland (village Atsana).

Based on the obtained materials, a computer database was created. Processing of the extracted materials was carried out to construct detailed maps and incisions. Active contact was established with the administration of the sanatorium “Friendship” and the medical staff. We obtained detailed statistics from the last 7 years on the treatment of patients with various diseases (both children and adults, whose recovery rate is very high – 90%), based on which we decided to study in detail other strong local magnetic anomalies.

Studies of the main element of space weather – geomagnetic field variations of local biomedical effects on the territory of the Guria lowland region conducted during these years have allowed us to raise the issue of creating a basic model of a natural magnetic therapy resort.

G. The joint impact of physical fields (magnetic, gravitational, thermal, etc.) on the processes taking place in the Earth’s crust is discussed. For this purpose, data from 2000-2017 are used: M≥4.5 magnitude earthquakes from various international catalogs, Bz compressor voltage of the interplanetary magnetic field (SMV), planetary Ap (ap) and Dst-indices, DT-changes of the Earth’s daily rotation period, lunar perigee And apogee, and also the dates of the phases of the moon.

A) Monographs in Georgia

III. 1. Participate in the work of scientific forums 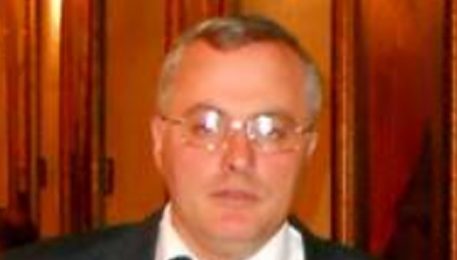